SVO unveils the Jaguar XE SV Project 8: The most extreme performance Jaguar ever.

The Project 8 gets the most powerful tuned version of Jaguar’s 5.0-litre V8 petrol engine ever seen in production in a Jaguar model. This supercharged unit produces 593bhp, 25bhp more than the successful F-Type Project 7 in 2014, and a full 56bhp up on the XJ220 - Jaguar’s supercar from the nineties.

A prototype version has now undertaken its debut test at the ferocious Nürburgring Nordschleife, dressed in exclusive camouflage designed by SVO Design.

Despite the camouflage, Jaguar show extensive modifications to the XE’s bodywork and chassis.There appears to be wider tracks front and rear, deep side skirts and redesigned bodywork around the rear wheel arches. The front grille appears to contain deeper air intakes with contrasting mesh grilles. There’s also a huge rear wing and a deep front splitter.

"The time is right for SVO to produce the most extreme performance road car in the history of Jaguar. The SVO team is possessed by the spirit of performance and committed to creating the most thrilling driving experience imaginable. Our clients worldwide were thrilled by the F-TYPE Project 7. The new XE SV Project 8 takes aerodynamics and performance engineering to another level – it is conceived for enthusiasts and the most discerning collectors. The price for such an extreme performance sports car available in strictly limited numbers will reflect that."

No more than 300 Project 8 models will be produced, and all will be hand-assembled at the SVO’s technical centre in Coventry for sale world-wide. The Jaguar ZE SV Project will make its world debut at Goodwood Festival of Speed in West Sussex on 30th June. 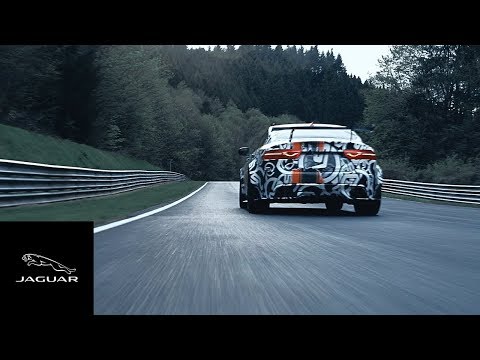 Back
Vehicle Valuation
Compare Saved Vehicles
Top
Close
Your Cookie Settings
Select your cookie settings
Strictly Necessary Strictly Necessary cookies are essential to let you move around the website and use its features, such as accessing secure areas, shopping baskets and online billing. These cookies allow our website to provide services at your request.
Performance Performance cookies collect information about how you use our website e.g. which pages you visit most often, and if you experience any error messages. They also allow us to update our website to improve performance and tailor it to your preferences. These cookies do not collect any information that could identify you - all the information collected is anonymous. They will not be used to target adverts to you on other websites.
Functional Functionality cookies are used to remember the choices you make, e.g. your user name, log in details and language preferences. They also remember any customisations you make to the website to give you enhanced, more personal features.
Targeting Targeting cookies collect information about your browsing habits to deliver adverts which are more relevant to you and your interests. They also measure the effectiveness of advertising campaigns.
Save Settings
Cancel Changes