The Story of the 3

Although this model was not technically a BMW 3 Series, it served for the inspiration of the original BMW 3 Series design. Design elements such as the elongated hood, upright A-pillar and shorter front overhang were first seen.

The first generation BMW 3 Series increased in-size for the BMW 02 and was regarded a bold statement and car with a sporty flair. The original car has elements we still know and love today such as the double round headlights and the iconic kidney grille.

The next 3 series model adopted several design features from its predecessor such as the three-box design and the elongated hood. New variants of the model included the choice from 2-door or 4-door, convertible and touring models.

The new version of the 3 Series was seen as a huge leap for the brand with stand out developments including the chrome covered kidney grille and glass plate covered headlights.

The E46 had a distinctive look and feel. It was less rigid in its design, was larger than its previous models and had a raised roof-line for increased head space.

The sixth generation of the BMW 3 Series took a modern interpretation for the design. The iconic kidney grille and headlights were merged together to create a strong visual front which complemented the bonnet.

The newest version of the vehicle is set to live up to its reputation as the ultimate drivers car. It is more refined, more responsive and more alive for the driver. It is also includes a enhanced layer of intelligence and significantly more aerodynamics.

Can't wait for the 3 Series to come? view our current overs - 3 Series Offer 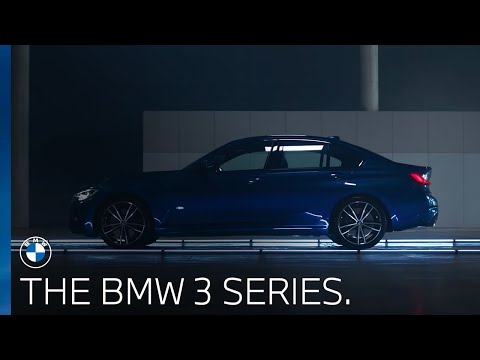 Want to keep up with all the latest news on the new model? Contact Us