The use of gesture and voice control for mobile phones has been in use for some time now, allowing users to seamlessly indicate commands without touching the device. As technology changes, so do habits and car manufacturers have been quick to show new devices in their vehicles.

With the launch of the BMW 7 Series came non-contact gesture recognition that allowed the user to control the BMW iDrive system with the wave of a hand or pinch of a finger. In order to make the interaction with the vehicle as intuitive as possible, all functions can be controlled using touch-sensitive surfaces, gestures and voice.

A 3D sensor in the cars roof is used to detect movements, made between the gear leaver, steering wheel and control display. The sensor can detect numerous different commands including finger rotation, used to increase or decrease volume tapping movements, and swiping movements, used to accept or reject telephone calls.

For inputs, a virtual keyboard opens on the touchscreen as soon as the users hand approaches and letters can be input with gesture control.​ 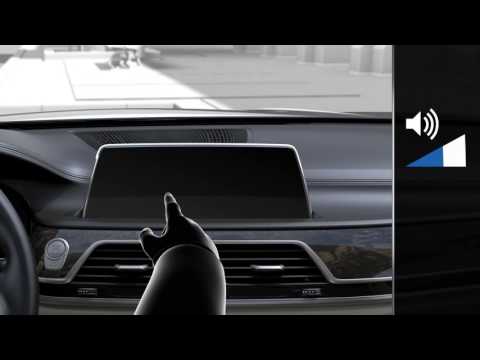 This new technology is another move towards efficient and convenient operation of vehicles.

Last week the BMW i Vision Future Interaction Car was presented with a special prize for connectivity at the Auto Test Sieger 2016 awards ceremony.

The BMW i Vision Future Interaction Car is based on the BMW i8 Concept Spyder and represents an important milestone on the road to Vision Zero – the idea of accident-free individual mobility.

FIND OUT MORE ABOUT THE BMW 7 SERIES

For more information, contact us directly using the tabs below: