Audi have revealed their revised A4 and S4 range – after four years in the making, the reputable Audi A4 is now tauter and sportier than ever before. The Audi A4 2019 facelift exposes an exterior that is more streamlined and striking, giving it a more modernised appearance. Many of the Audi A4 2019 engine options now come with mild-hybrid systems (MHEV). This broad-based electrification presents incredible efficiency and comfort benefits to customers interested in the new Audi A4 2019 range. What’s more, the high performance S4 variants now profit from the same independent electric compressor technology that brought the SQ7 such glorification. The combination of power, torque and efficiency makes this revised Audi unique in the segment. 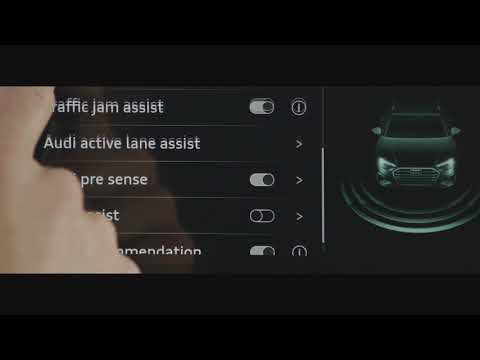 The new Audi A4 2019 appears more sophisticated and dynamic owing to the fierce new headlights with LED technology as standard, which give it a more alethic and imposing presence on the road. The lamps flank a broader, flatter Singleframe grille which features more pronounced horizontal lines to accentuate it the new A4’s width. Step inside the cabin of the new Audi A4 and you will notice an undeniable emphasis on horizontal lines which helps boost the overall sense of space. A large new MMI touch display which is positioned in the centre of the instrument panel and tilted slightly toward the drive for convenience, offers a user experience comparable to the latest smartphone. Overall, navigation in the Audi A4 is now more versatile and user-friendly thanks to natural-language voice control, a function of the new system which understands many of the phrases used in everyday speech.

The new Audi A4 range will initially launch with six turbocharged engines with more to follow. These will comprise of five diesel variants made up from four four-cylinders and two V6s. These vary between 134 and 342bhp, the latter powering the new S4 TDI. Three petrol versions are also available in the new Audi A4 2019 – all 2-litre turbocharged fours with 148, 187 and 242bhp. For the market launch three engine variants will feature mild-hybrid assistance based on a new 12 volts, which reduces fuel consumption and improves comfort. In everyday use, the MHEV system reduces fuel consumption by up to 0.3 liters per 100 kilometers according to individual Audi measurements. Whether manual transmission, seven-speed S tronic or eight-speed tiptronic, whether front-wheel or quattro drive – each of the six engine variants delivers tailor-made power transmission. All A4 models come off the production line with an automatic transmission as standard.

Contact your nearest John Clark Audi in Aberdeen or Dundee today and learn more about the new Audi A4 release date and price range.