Coming later this year, the ENYAQ iV is an ultra-efficient SUV built on our new MEB-platform. Space, power and stylish design all combine to give you an all-electric SUV that you’re sure to fall in love with.

The ENYAQ iV gets its title from the Irish name ‘Enya’ which means ‘source of life’. The name itself is derived from the Irish Gaelic word ‘Eithne’, which means ‘essence’, ‘spirit’, or ‘principal’. We chose ENYAQ to symbolise a new era for ŠKODA, one which embraces the power of electric driving.

At the beginning of September in Prague the ENYAQ iV will be unveiled to the world.

Complete the attached form to be kept up to date with the latest news. 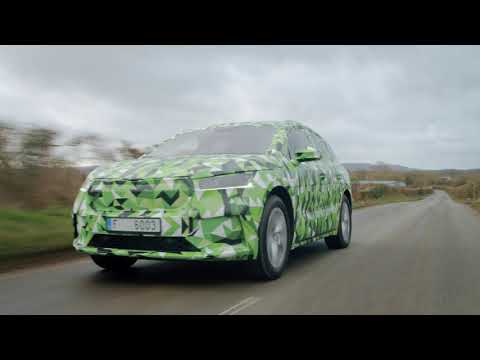